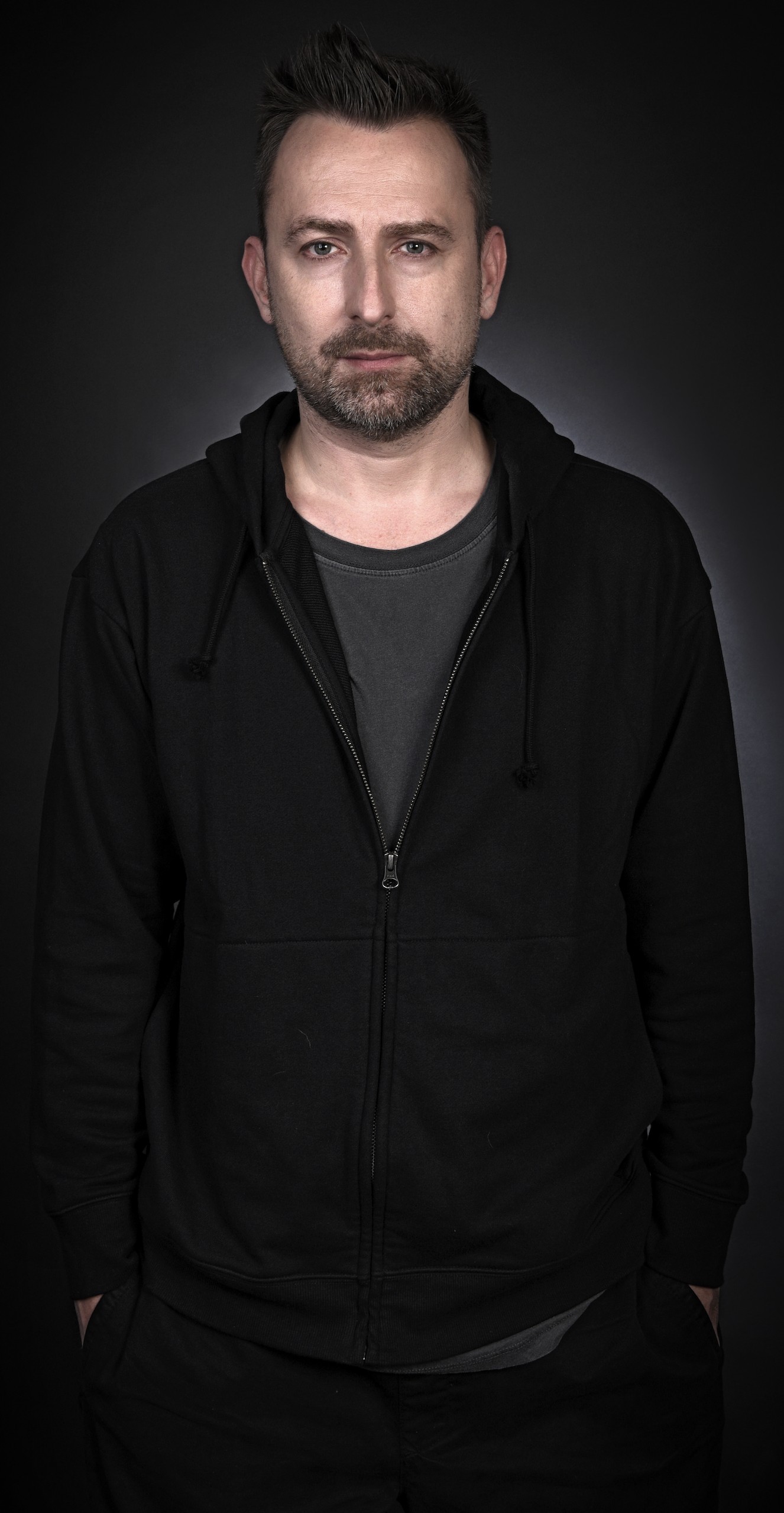 • Creator and manager of culture, promoter and producer of concerts, creator and organizer of many artistic events, music publisher, journalist, adviser and music consultant, expert and specialist in the fields of music branding, sound design, audio logo and music marketing, author of speeches and motivational speaker (power speech); also scientist in the field of cultural studies, university lecturer, host of discussion panels, author of radio and television broadcasts; he has been contributing to the music market and the event industry in new Poland since 1992

• The greatest popularity among music listeners brought him music CD series, including Positive Vibrations, as well as the weekly broadcast and CD compilations of the Pinacolada, his program on PiN radio (from 2020 on RadioSpacja.pl) - in this way, as one of the first, since 1997 he popularized in Poland such musical genres as funk, soul, acid-jazz, R'n'B, chill-out, electronic music, club music or world music

• Founder, owner and CEO of the agency STX Music:Solutions™ - from March 2004 to July 2017 it has operated as a phonography record label STX Records; from 1998 founder of the artist impresario agency BA Booking Agency; founder and co-owner of the event agency STX Jamboree since 2005

• The founder and owner of the Polish audio streaming and media services provider PrzestrzenMuzyki.pl from 2020

• PhD. Candidate in the SWPS University of Social and Humanities in Warsaw in the Humanities and Social Sciences Faculty (Institute of Cultural Studies) with the Professor Dorota Ilczuk; he writes a doctoral dissertation and own research on the typology of music recipients in the digital era

• Lecturer at the Faculty of Humanities and Social Sciences of the SWPS University (Cultural Studies, specialization: Manager-Agent-Producer), at the Collegium Civitas in Warsaw (Music in the media) and at the Collegium Da Vinci in Poznań (Creative film production) - conducts classes on the functioning of the music market, audio & music marketing; member of the Center for Creative Economy Research in the SWPS University in Warsaw

• Guest lecturer at the Warsaw School of Economics, the Fryderyk Chopin University of Music, the Polish Academy of Sciences Institute of Art and the Faculty of Management at the University of Warsaw

• He supports pro publico bono authors and artists - actively lobby and publicly promote changes in legislation to improve their working conditions; in his publications, he describes the legal and financial situation of artists in the era of the technological revolution in the digital world, as well as various aspects concerning the functioning of culture, especially the music market

• He was an organizer of mass events and music festivals, including Pozytywne Wibracje Festival 2010-2012 (the most important international event with soul, funk and R’n’B music in Poland), a concert as a part of the celebrations of the 20th anniversary of freedom recovery in 1989 – It Began in Poland – in the Gdańsk Shipyard for 100 000 people (2009), the PKO BP London Live Festival in Wembley Arena (2008); co-promoter of two editions of the international Jazz Jamboree Festival, one of the oldest jazz festivals in Europe (2006-2007); he was also an executive producer and co-writer of the spectacle Kolęda-Nocka 30 Years After (2011)

• Obtained licenses to use 16 international hits for the computer game Run The Beat for iOS and Android platforms all over the world (songs known from performances of such artists as: Lady Gaga, Lykke Li, Kasabian, Oasis, Chaka Khan, Aretha Franklin, Jamiroquai, A-ha, Junior Senior, Cyndi Lauper, Kool & The Gang, Boney M. etc.) - for Mousetrap Games (from 2019)

• From 2007 to 2018 ha was an organizer  and producer, and - together with Bolesław Pawica - script writer and co-director, a ceremonial award galas for the most important Polish Music Awards "Fryderyk" at the Polish Theater in Warsaw, at the Dramatic Theater in Warsaw, in the Sala Kongresowa in Warsaw and at the Witold Lutosławski Polish Radio Concert Studio in Warsaw, continuously for 12 years broadcast in Polish Television Programme 2, Polish Television Programme 1 and Polish Radio Programme 2, with the participation of several hundred stars of the Polish music scene (classical, jazz and entertainment music)

• As an executive producer, music director, as well as a co-director and co-writer, he organized the "100th Anniversary Gala Concert of ZAiKS" at the Grand Theater - National Opera in Warsaw, broadcast in several Polish Television channels, with over 300 best Polish authors and artists (March 19, 2018)

• In addition, since 2003 he has been a regular guest and expert on the music market in information programs on television stations, including TVN24, TVN24 BIS, Polsat News, Polsat News 2 and TVP Info

• Music and radio journalist – since April 2020, he has been hosting his own broadcast Pinacolada 2.0 on the internet radio RadioSpacja.pl; for approx. 10 years he hosted a weekly two-hour authorial programme Pinacolada in the national Radio PiN (2003-2012); co-creator and programme and music director in the Katowice Radio NRJ FM - Nowe Radio Jazz (2004-2008); creator and executive producer of the Aperitif programme in the Warsaw Radio Solidarność - Solidarity Radio (1990-1991); head of the culture section and columnist of Gala weekly (2008); contributing editor of Playboy Polska monthly (1993-1995) and Przekrój weekly (author of the Chronicles of Pop Culture in 2011); essayist and blogger in NaTemat.pl portal; he also writes articles for TVN24 Magazine and OKO.press

• One of the creators of the programme vision of the Fabryka Trzciny Artistic Center in Warsaw (2003), author of the popular series of CD records and concerts, Signed Fabryka Trzciny (2006-2011)

• Local activist in Warsaw's Żoliborz, editor of the Żoliborz Oficerski portal, as well as a co-founder of the Social Committee of the Protest and vice president of the board of the Nie dla Mostu and Trasa Krasińskiego association

• Artistic director of the exhibition Musical Palace (2003) on the 30th floor of the Palace of Culture and Science (over 250 000 visitors in six months) for which 1 000 pieces of art were gathered from the best Polish artists and creators of jazz, classical and entertainment music in the last sixty years (as well as journalists and photographers)

• Founder and co-organizer of the flood relief action in Wroclaw in 1997 Moja i Twoja Nadzieja (My and Your Hope) – immediate recording, CD release and concert of over 30 performers, as well as Telewidzowie - Powodzianom (TV viewers for flood victims) / revenue of over PLN 27 million from PolyGram Polska and Polish Television 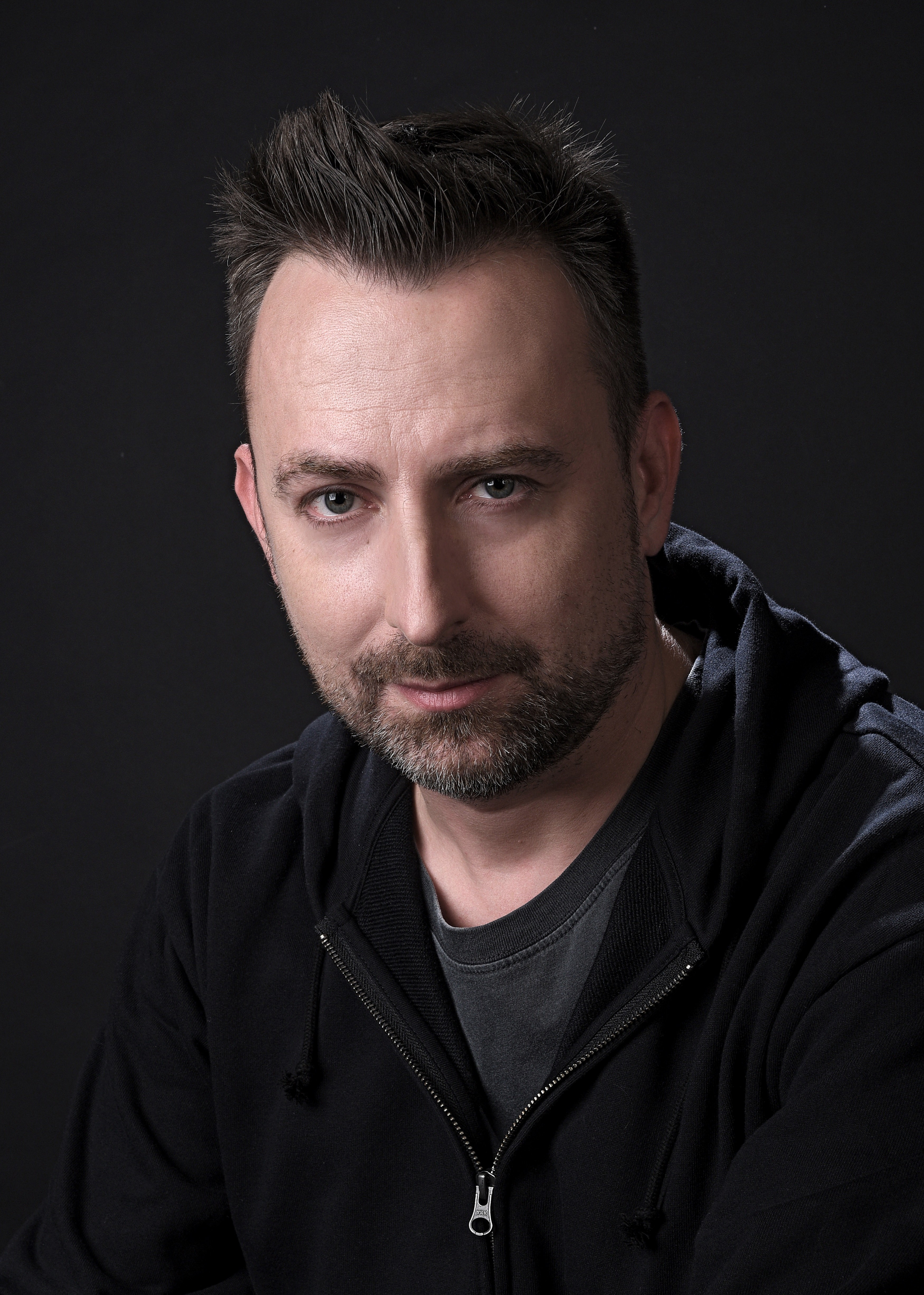 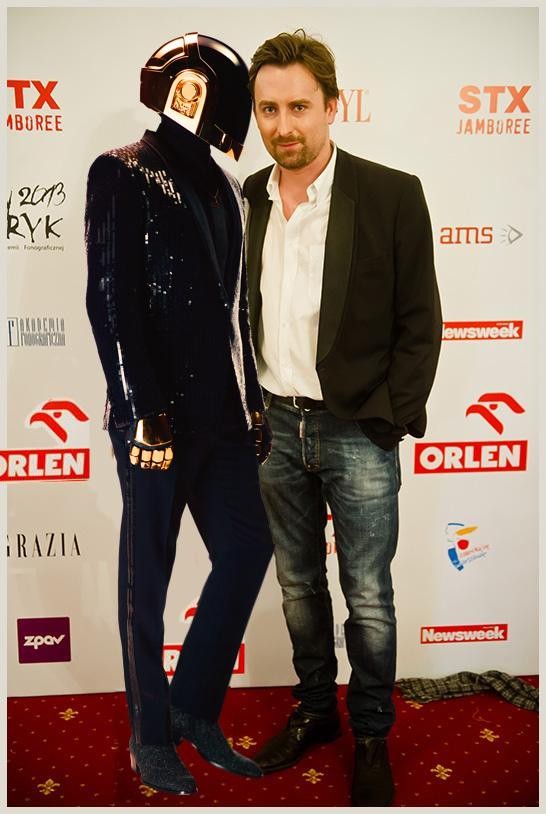 • Participant, lecturer, motivational speaker (power speech), key speaker or host of discussion panels, as well as scientific conferences, seminars and workshops on culture, music, management and marketing - during Economic Forum in Krynica (2018 & 2019), Sessions of the European Parliament in Strasbourg (September 2018 & March 2019), Spotify Your Brand. All Ears On You conference by Httpool Polska (2022), the 3rd Copernican Symposium of Young Scientists Contemporary Management - Challenges and Threats of the 21st Century at the Nicolaus Copernicus University in Toruń (2017), Creative economy in Poland. Facts and Myths at the SWPS University in Warsaw (2017), the Sound of Inspiration conference (with an episode of Music Brain) at the TEDx Lazarski University (2017), European Music Fair Co Jest Grane (2011-2017), the 3rd and the 1st Polish Music Convention in Warsaw (2015, 2017), the Soundedit - Festival of Music Producers in Łódź (2015), the Mediarun Festival - the Congress of Marketing Directors - Marketing Summit in Warsaw (2014), the Music and Business Conference at the Warsaw School of Economics (2009, 2001, 2013-2014), the Conference of My Enterprise The Band at the Faculty of Management at the University of Warsaw (2011), ILMC - International Live Music Conference in London (2007-2010), the MediaRun Academy workshop in Warsaw (2008), MIDEM International Music Fair in Cannes (1999, 200, 2005-2008), POPKOMM - an international trade show for the music and entertainment business in Berlin (2005) or music marketing management workshop PolyGram International Training Center in London (1998)

• Author of the scientific publication Music marketing on the example of brand alliance, which appeared in the yearbook AUNC. Management - ACTA Universitatis Nicolai Copernici - Management, published by the Faculty of Economic Sciences and Management at the Nicolaus Copernicus University in Toruń, Vol 44, No 2 (2017)

• Member of the Presidium of the Inter-School Committee of Solidarity (Międzyszkolny Komitet Solidarności) and editor of the underground journal "Wydarzenia" (1988 - 1990), collaborated with Jacek Kuroń and the Warsaw Committee for Solidarity during the 1989 elections

• MSc at the Economics Faculty and alumnus of the PWSBiA School of Business and Administration in Warsaw (Marketing and Management Chair 1991/95), student of sociology in the Philosophy and Sociology Faculty in Warsaw University 1990/1991), alumnus of the 60th Wojciech Górski High School in Warsaw (1990)