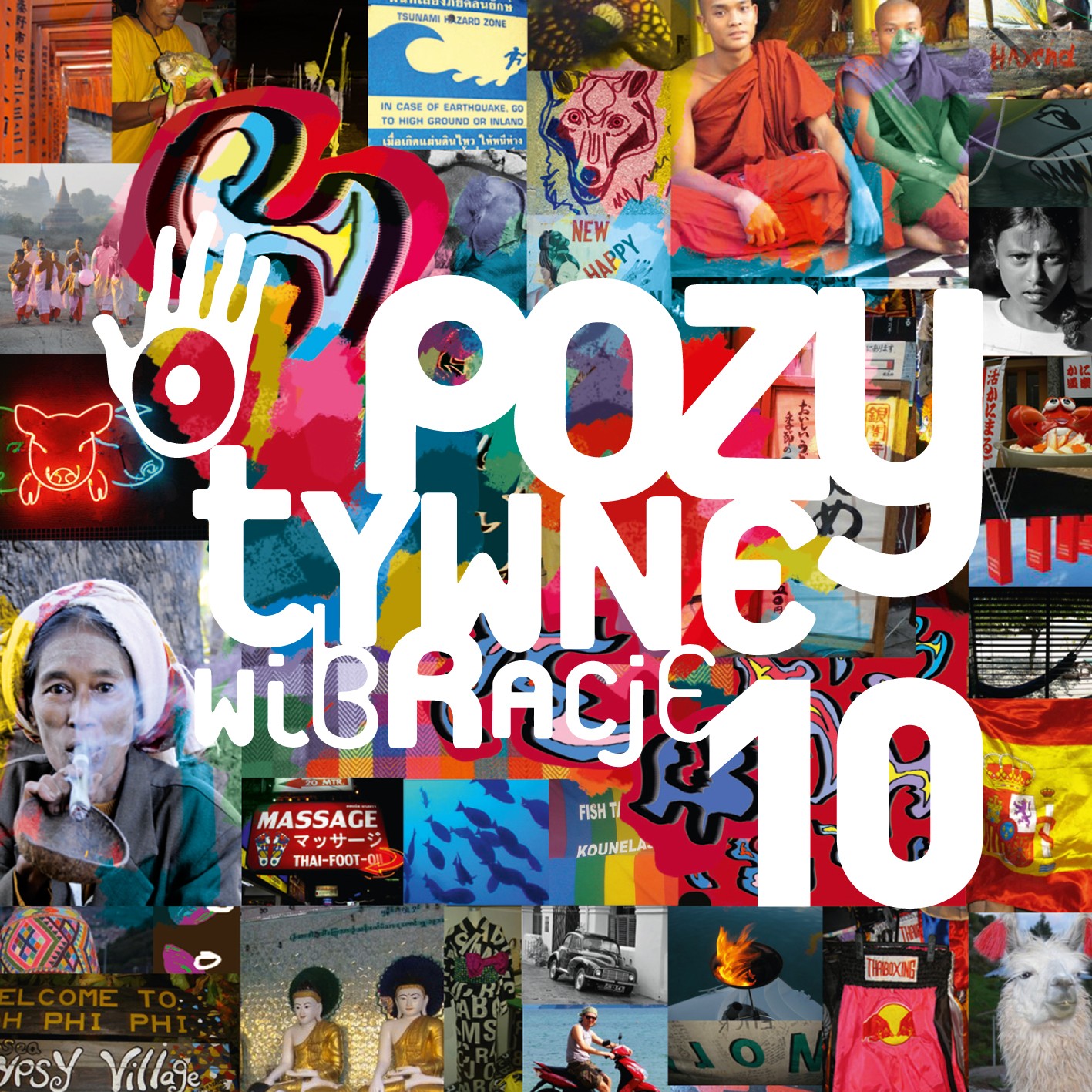 ANYTHING BUT CHILL-OUT POZYTYWNE WIBRACJE IN A NEW SETTING

Fans have waited for three years for this next, jubilee part of Pozytywne Wibracje. The tenth reveal of the legendary in the Polish market series haS come to the market in the middle of June 2010. It’s as usual very varied: modern, dance, classic, mood, new and very energetic!

The repertoire of Pozytywne Ten is all treasured by Stanisław Trzciński, creator and producer of the discs asserts. The classics are not wanting: Aretha Franklin, Tom Jones, Chaka Khan, Quincy Jones and Bob Marley and young generation artists like Erykah Badu, Roisin Murphy, Puppini Sisters, The Thing Tings, Noisettes, and Sara Bareilles. The Polish note comes from Urszula Dudziak. The cherry on the jubilee musical cake is the first time in Poland musical license to a song by Prince! From the Pozytywne Wibracje you can as usual expect an excellent set of music with not a smallest compromise and a special surprise – an additional third, bonus CD, which to the majority of Pozytywne Wibracje fans will be astonishing. It’s joking and deceitful subtitle ‘Anything But Chill-out” – tells it all. It will be a presentation of astonishing music, certainly different from what the listeners and fans of Pozytywne Wibracje are used to. This is my personal protest – a tongue in cheek one, says Trzciński. For over a decade we fought to promote chill-out in Poland. It worked. Now it has become a culture feed for tens of soulless marketing products, who do not care for quality. I want to state loudly that we are not like that! On this special disc I present different music, stronger, part from the 80s, part most recent avant-garde, proving that the idea of music signed by Pozytywne Wibracje can be and is much wider than it seems. An exclusive edition of “Pozytywne Wibracje vol. 10” apart from three discs with excellent music also contains a special 48-page album. In this, richly illustrated with photos, historical series presentation you will be able to read interesting stories, see the process of disc creation “from the kitchens” and find out the statistics and facts on publishing music over the last thirteen years.

The Pozytywne Wibracje jubilee is another historic event. Stanisław Trzciński ever since creating a musical compilation which has become a musical intergenerational symbol has been dreaming for the new fans to have their festival. Many of the series fans have dreamt about it as well. In 2010 this dream had come true. On 23rd and 24th of July in the hospitable Bialystok the first edition of the Pozytywne Wibracje Festival happened. In the jubilee edition of the compilation “Pozytywne Wibracje vol. 10” a special coupon was published giving discounts on the purchase of tickets and ticket books – up to 40%.

Pozytywne Wibracje vol. 10 showed up in retail on 15th of June 2010. And on the 24th of June in the Warsaw club Iguana Lounge there was an official party promoting the new album.